Last weekend we went to the beach.

The tide went way out.

Apparently it was a "super moon" tide.

I waded into the tide pool, I had no fear.
Then I spotted something in the distance! 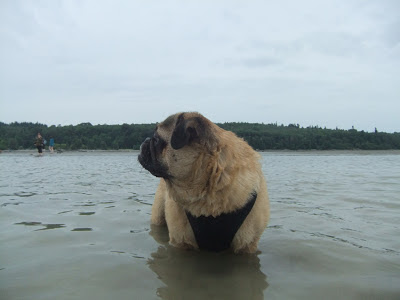 What the heck is that thing?
Well,  I immediately barked at it and let it know that I was in charge. 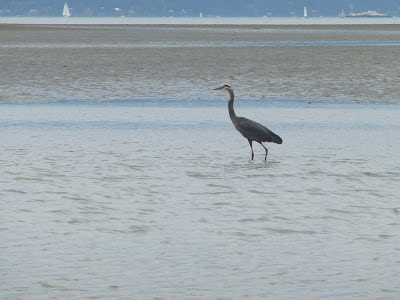 Mum said I was not allowed to get close to it so...

I took on lifeguard duty from a distance. 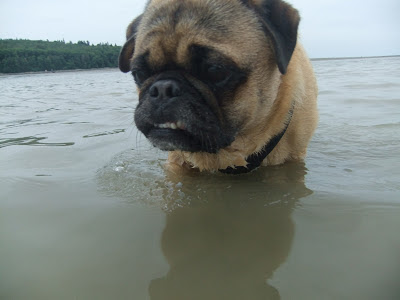 All of a sudden it flew into the air with a fish in it's mouth, and disappeared!
YUP! It knew that I was the Boss of this tide pool.

Boss of the Copper Mine

We took a little road trip to a Copper Mine museum.
It is on the way to a place called "Whistler".

I have never been to an old copper mine before so this adventure was quite exciting.


I was a bit put out when Winston pointed out "No Dogs Allowed" inside the mine.

I am NOT just your average dog! I am The Boss!

I had to settle for visiting the outside only.
The museum accommodated us by offering big mining equipement to pose beside. 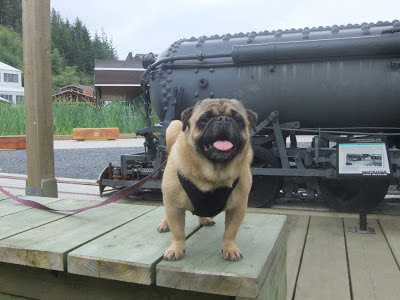 Look at me with Mum and this big truck.
It's wheels weren't moving so I didn't bother wasting my bark on it.

It was pretty tiring touring the outside of the mine.

I think this picture makes an excellent post card from my trip... 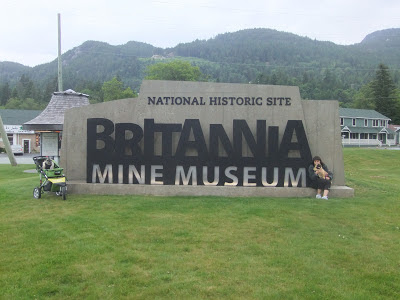 Greetings from the Copper Mine,

Love Sam Coop
The Boss of the Mine

The Boss of Seattle

Two days ago Winston and I were loaded into the Pug Taxi and headed out on a long drive.

We were "Seattle Bound".

According the conversation Mum had with US Customs...
I was crossing onto American soil for a "Pug Gala Fundraiser"

Upon arrival Mum claims I was very overwhelmed that I had to ride it out with Winston in his dogger. 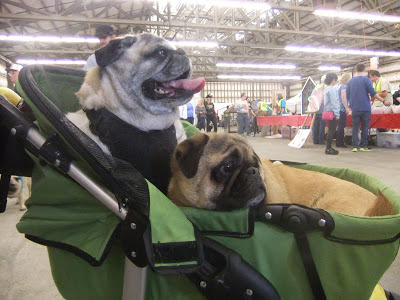 She can believe what she wants but what I REALLY was doing was preparing to bark at this dude, to show just who The Boss of this Pug Gala really was! 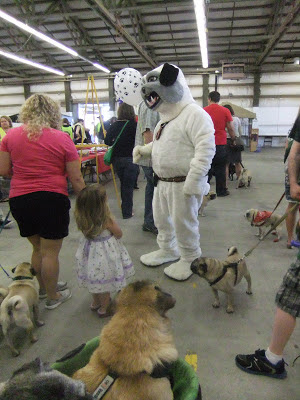 As pugs were flying around I was given the opportunity to try my paw at agility... Yah, not gonna happen! I am The Boss not an agility pug! 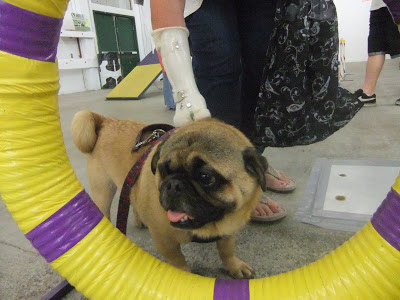 I did have my cards read. The gypsy says I am a little "spitfire"...
that must be another word for "Boss" 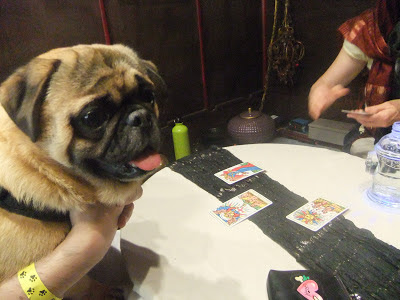 After hours of butt sniffing and barking, I was ready to head North again. 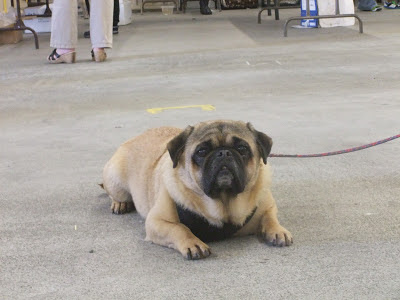 Once back home I napped long and hard 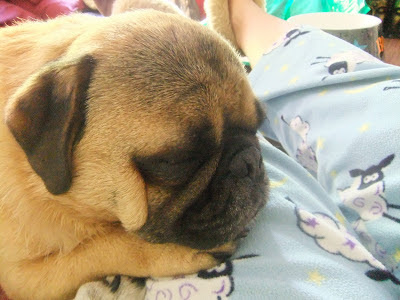 Being The Boss of the Gala sure was tiring